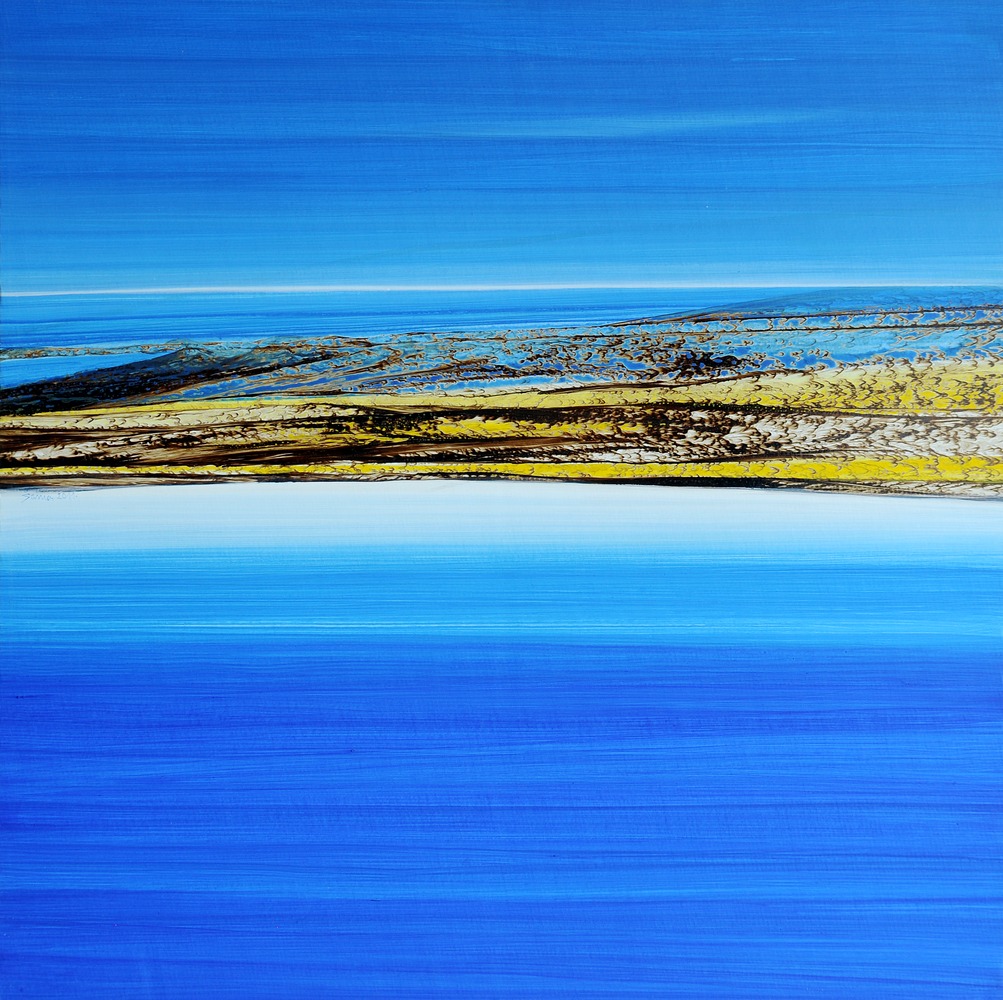 A PAINTER OF LIGHT
VINKO ŠAINA

Vinko Šaina – a painter of light

In the case of Vinko Šaina, an artist from Labin, Istria, Croatia with international reputation and professional references, important are precisely the first two elements in the list – Labin and Istria.

The context of blood and soil (H. A. Taine), origins and homeland, came into existence only with postmodernism, which abandoned the internationalist model of depriving the artist of a significant part of his/her local, national and/or traditional identity. It would have been very difficult to explain the phenomenon and being of Vinko Šaina in the era of high modernism through the art methodology and critical instruments valid at the time. …

…Through the amalgamation of the perceptible and the surmised, the real and the imagined, the infinite in the finite, the uncertain in the certain and the invisible in the visible, in a playful search for inner visions and relative views, for the image of God and for the divine in human beings, what has been created is poetry of a higher order, autochthonous and authentic. It is the poetry of heaven and earth, the human and the divine in all of us. It is, at the same time, a type of poetry that only a person of a complete and unspoiled artistic and human integrity could have produced.