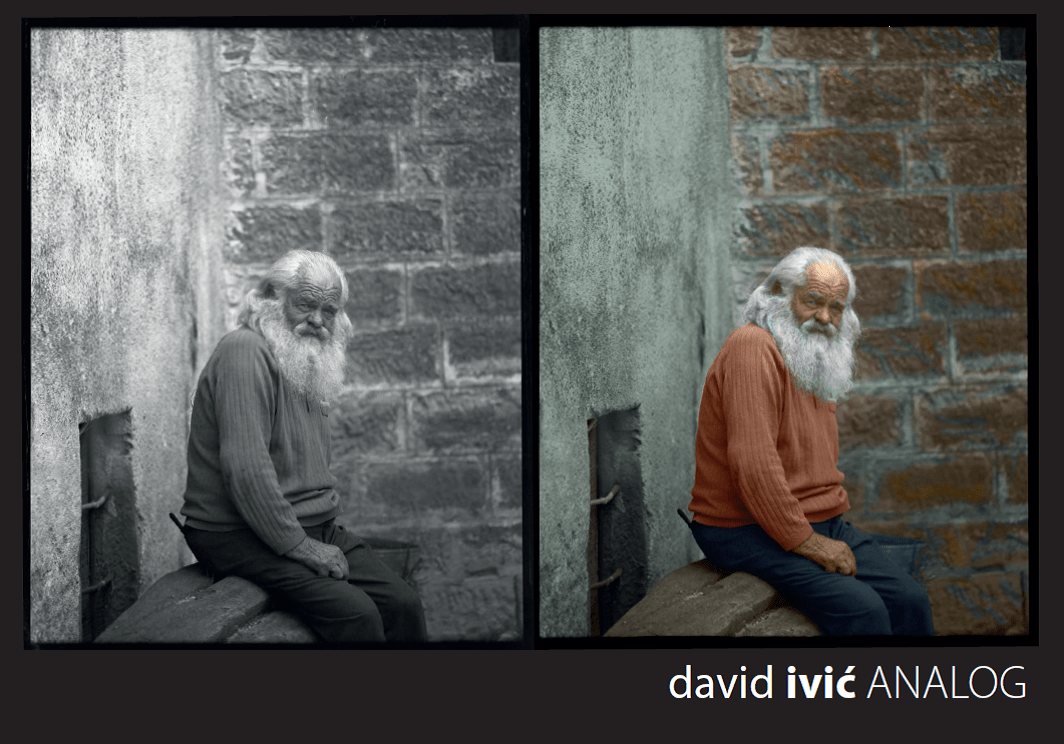 There is a “myth” that Istria is more or less discovered, that eventually as an exception (which, of course, does not confirm the rules) appears something new and something that has not been seen before, but that it is marginal in relation to the whole, and then David Ivić invites you to his studio, opens the drawers with his enlarged photographs, reveals to you that the originals were created there in the late eighties and in the first half of the nineties … and as a fetish Istrian (truth with a “permanent address” in Zagreb) you realize how much you are – wrong! Ivić’s photographs – let me immediately point out how the author “balances” them with artistic expression and documentary testimony – each for himself, but also for everyone as a whole, reveal to me personally those fragments of my homeland that represent Istria as it once was, in its details. In architecture, in nature, in rurality … which will forever remain a part of us and our memory. David Ivić is a great artist of photography, he is skilled in framing. The photos are his reflection. His composition is beautiful, propulsive, exudes sincerity. His photographic eye did not miss the details, the reflections of those details, he managed to capture the atmosphere. Looking at Ivić’s photographs, you become aware of the original identity of Istria, not the sea part, illuminated by the sun and blue, but its interior and its beauty, beauty that is challenging in its own way … Unfortunately, the past is irreversible, but the photographs remain, and our regret for a “better past” is still mitigated by them … With this thematic exhibition, David Ivić continues the line in the art of photography, which we associate nationally with Toša Dabac, and within Istria with Alojz Orel.

David Ivić, born in Pazin in 1958. He completed his studies of fine arts at the Pedagogical Academy in Rijeka. He worked as an art pedagogue in several Primary schools and at the Juraj Dobrila High School in Pazin. Head of educational activities at the Public Open University in Pazin from 1986 to 1988. From 1988 to 1990 he worked at the Atelier Božin in Klagenfurt as an illustrator, painter and designer. He worked for Radio Istra for several years as an editor and presenter, and for a time as a marketing manager. In 1992, he was employed as the head of the HZZO branch office in Pazin and later worked as the head of the HZZO Regional Office for the Istria County. After the “Storm”, he worked as the head of the Croatian Health Insurance Fund in the liberated area of Knin. Since 1996, he has been the owner of IvićDesign. Since 2020, he has been working as a graphic editor at the publishing house AGM d.o.o. – Zagreb. As a graphic designer, he has worked or participated in many projects, and special mention should be made of his long-term collaboration with his colleague Ivo Vrtarić, with whom he designed a poster for the first arrival of Pope John Paul II. to Croatia, a poster for the 100th anniversary of the Graphic School in Zagreb, the book “Novska in the Homeland War”, several exhibitions and catalogs for the Museum of the City of Pazin, etc. He is engaged in painting, illustration, graphic design and photography. He is the author of several solo and group exhibitions. He has graphically edited and designed hundreds of books, catalogs, CDs, posters … He is also an amateur musician. He is the president of the Matica hrvatska branch in Pazin. He has been involved in photography for about 40 years. Since 2019, he has lived and worked in Zagreb.