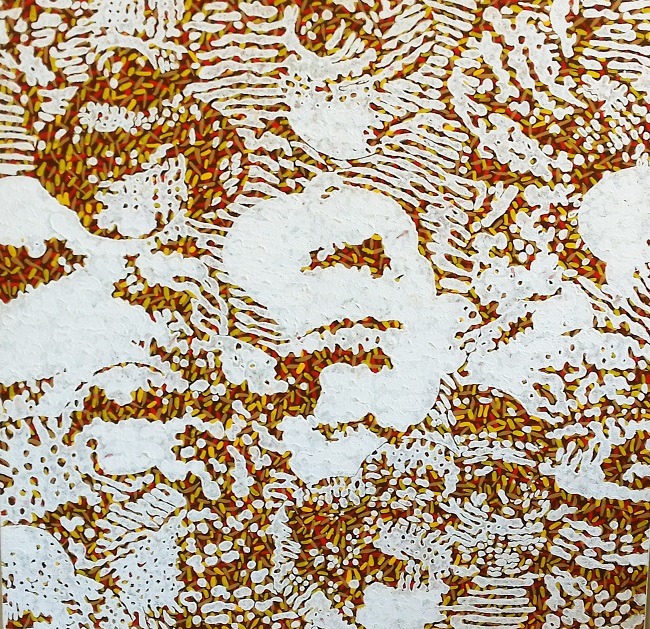 Mocenni is an artist for whom we can claim for many reasons that he is one of the founders of the new fine arts in Pula and Istria, a new artistic expression of a permanent seal to which Mocenni was a predecessor in the culture of the city and the peninsula. Although most of the time he was not physically present in his hometown and homeland but, due to circumstances and his artistic choice, literally all over the world, with the choice of permanent residence in Italy, he sculpted, painted and exhibited on all continents, but Pula was not neglected or forgotten.
To present his biography and try to portray the life adventure of Gualtier Mocenni would be a literary endeavor that has no place here. After all, much has been written about Gualtier, from the pens of writers, art historians, art critics, journalists, and his work is evidenced by countless catalogs and significant monographs that speak very studiously about him as a sculptor, painter and graphic artist….
Mocenni is not only an artist, he is an ambassador of Istrian and Pula (multi) culture, he is an important factor in cooperation, not only in Croatian-Italian cultural relations, he is a promoter of contemporary art in Pula, Istria and Croatia around the world. This is evidenced by numerous newspaper and magazine articles from exhibitions and symposia where he presented himself in the world’s most important galleries, but let’s not forget his role in bringing world-renowned sculptors and other artists to Istria, to symposia, colonies, exhibitions.
It is simply impossible in the recent cultural history of the city not to come across Gualtier in every important period or event from the time before the founding of the Pula Art Salon, the founding of the Art Collection to which he donated a large number of works of art, to capital sculptures that changed the city’s vision. the notion of aesthetics in contemporary art. Let us mention only one, perhaps subversive Pula monument, the one on Vidikovac, a monument that changed the aesthetic criteria of the city’s fine arts and offered all future generations of artists new and greater possibilities in the city’s artistic expression.
We, Gualtier’s colleagues, appreciate Mocenni above all as a friend and a man always ready to help a colleague, a cordial Pula man from Milan who hosted Istrian and Croatian artists in his Milan studio, helped younger colleagues in work and coping in the art world, not to mention other professional and human characteristics. which adorns it; but there is also the Mighty Artist, a giant before whom we are left speechless when we would like to describe his volcanic energy restrained by artistic knowledge, métier and skill capable of expressing oneself in every art technique, in every field of art….
In the end, what to say to Gualtier Mocenni, apart from the protocol, usual and cultivated thanks, we are again left without a text as before his work, because “big thank you” is not enough for everything he represents, for everything he continues to do and create

Mocenni, Gualtiero, sculptor, painter and graphic artist (Pula, February 6, 1935). Already in his young days for schooling in Pula, he showed a penchant for artistic expression, and his first paintings were landscape motifs marked by a post-impressionist manner. But they already reflect the fundamental energy, constructivist composition and plastic use of color, the main features of Mocenni’s opus that will later come to the fore. In 1956 he married and moved to Italy, where he gradually established himself. After living in several cities (among others in Naples and Florence), he settled in Milan, a city that is also an important art center, with numerous galleries and art critics, and an art market. She works hard and supports a family that grew in 1965 with the birth of her first son (she will later have two more twins). At that time he participated in group exhibitions and competitions, but the real affirmation came after the first solo exhibition in Milan in 1970. To date, he has exhibited in more than 300 solo exhibitions, among which the most important are those in Genoa and Milan (1973), Bergamo and Zagreb (1974), Paris (1981), Spoleto (1983), Palazzolo sull’Oglio near Brescia (1992), Abilene, Texas – USA (2003), Rovinj (2005). In painting, he works on poetic paintings and graphics using combined techniques, and as a sculptor, sculptures of geometric shapes are placed in public spaces. In them he uses the totemic form of vertical accent in space, like contemporary obelisks which he shapes in himself the inherent manner of geometry in imaginative ways of broken straight lines. Although some critics believe that he created his style by contemplating and symbolically reworking the motifs of his homeland, with which he never severed personal and artistic relationships, his artistic views are far broader and universal, exuding the spirituality of timelessness. He has participated in more than 50 international sculptural symposia, in the United States, France, Spain, Ukraine, Greece, Serbia, Slovenia, Mexico, Syria, Dubai, Italy and Croatia, and in all these countries, mostly in Italy and Croatia, his sculptures are numerous. in a public space. In Pula, his most important sculptures are the Monument to Pula on Vidikovac (1976-1979), Four Seasons – a homage to Vivaldi at the Istrian National Theater (1989), Four Elements in the former quarry in Valkana (1990), the Monument in Gortanova uvala (1994). He lives and works in Milan, but also spends part of the year in Pula. He won the Charter of Honorary Citizens of the City of Pula in 2011 and in 2017 honorary citizens of Istria.