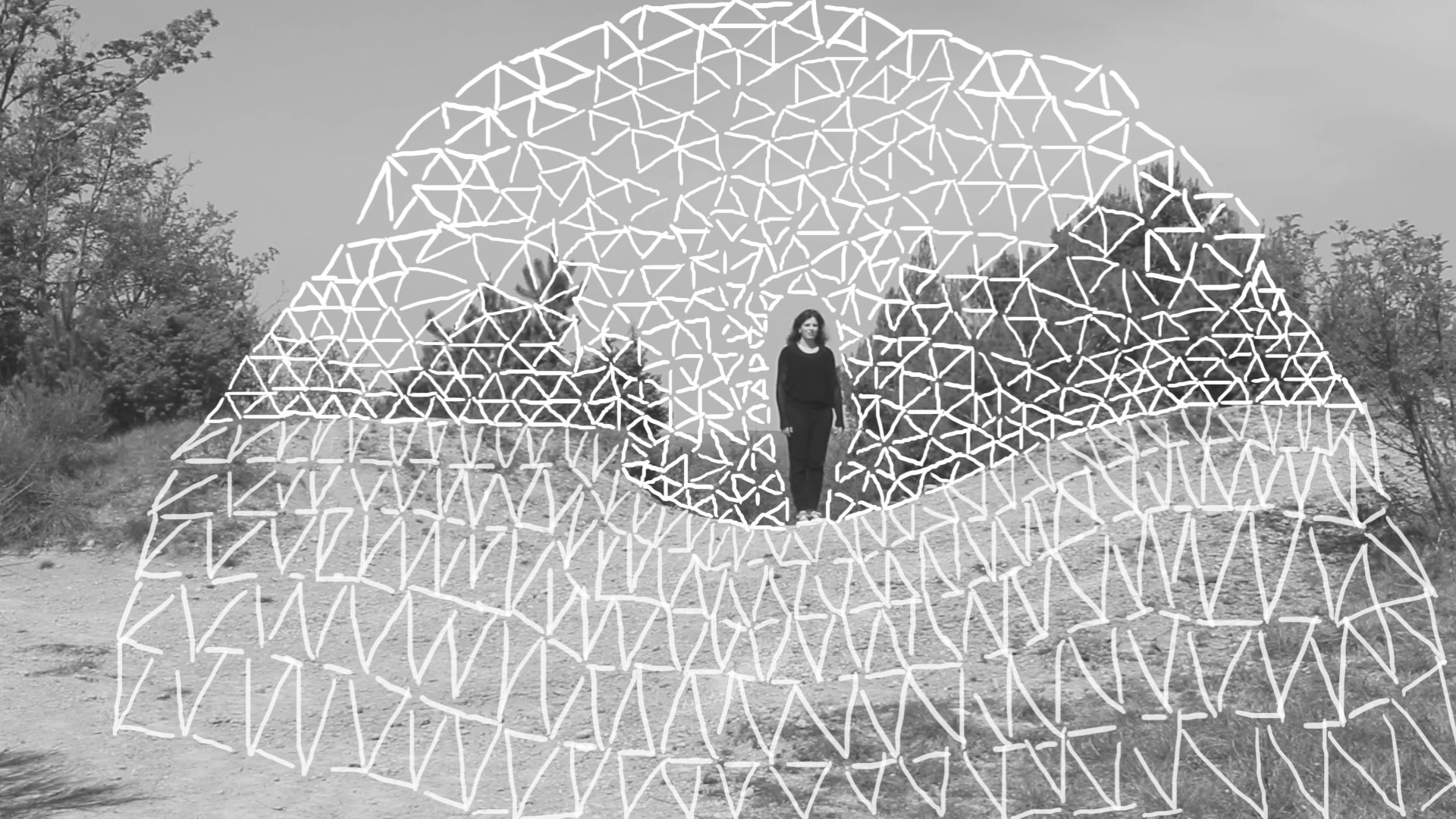 “The artist wants to question what is noticeable. The loneliness of similar forms is dissolved by a series, in fact series that have similar characteristics. Within a single format, some elements remain lonely, whether in a relationship or independent. In fact, it remains the only constant that accompanies us, whether we are in the middle of a pack or in the intimacy of our room …. It is the time of the so-called postmodern in which art has lost its function of default representation. a witness and, above all, an actor of the present, and above all a personal moment. The experience of Gloria Sellan is manifested by an expressive act, without hesitation and disrespect of any firm consistency other than consistency to oneself. ” Eugen Borkovsky

“ Gloria Sellan exhibits a spatial installation whose compositional structure is conditioned by the layout and context of the accommodation. The form of the installation Unclear views defines a spatial arrangement consisting of several framed objects with a stretched black canvas as a carrier of artistic content. Sellan creates the installation in space in such a way that the whole appearance  depends on the arrangement of its individual parts / frames. Thus, the work on different exhibition presentations can take on completely different spatial and compositional relations, ie with each new compositional arrangement, the installation is contextualized again. On the other hand, coloristic effects applied to transparent black drapery (tulle) reveals the artistic content of the installation, aimed on exploring the effects of visual perceptual relational phenomena. The intention is to create an optical sensation in terms of the viewer, using simple materials and through color effects, created by layering color on the transparent surface of the material. ” Nadežda Elezović

Gloria Sellan is born in 1984 in Pula. After graduating and a two-year stay in Venice to study architecture, in 2005 he enrolled in the undergraduate study of art pedagogy at the Academy of Applied Arts, University of Rijeka. He completed his studies in 2009, and spent the last semester at the Faculty of Philosophy of the University of Trieste, studying at DAMS (Discipline di arti, musica e spettacolo). In the same year, he enrolled in graduate studies at the Academy of Applied Arts of the University of Rijeka, where he specialized in the field of traditional and computer graphics, and in 2011 he obtained the title of Master of Art Pedagogy.

She has been exhibiting since 2005, and so far she has presented her works at several solo and more than 40 group exhibitions in Croatia and abroad. He deals primarily with graphics, and in his works he often uses video projections and animations that he places in spatial installations.

She is the co-author of several performances and scenography for plays and music videos.