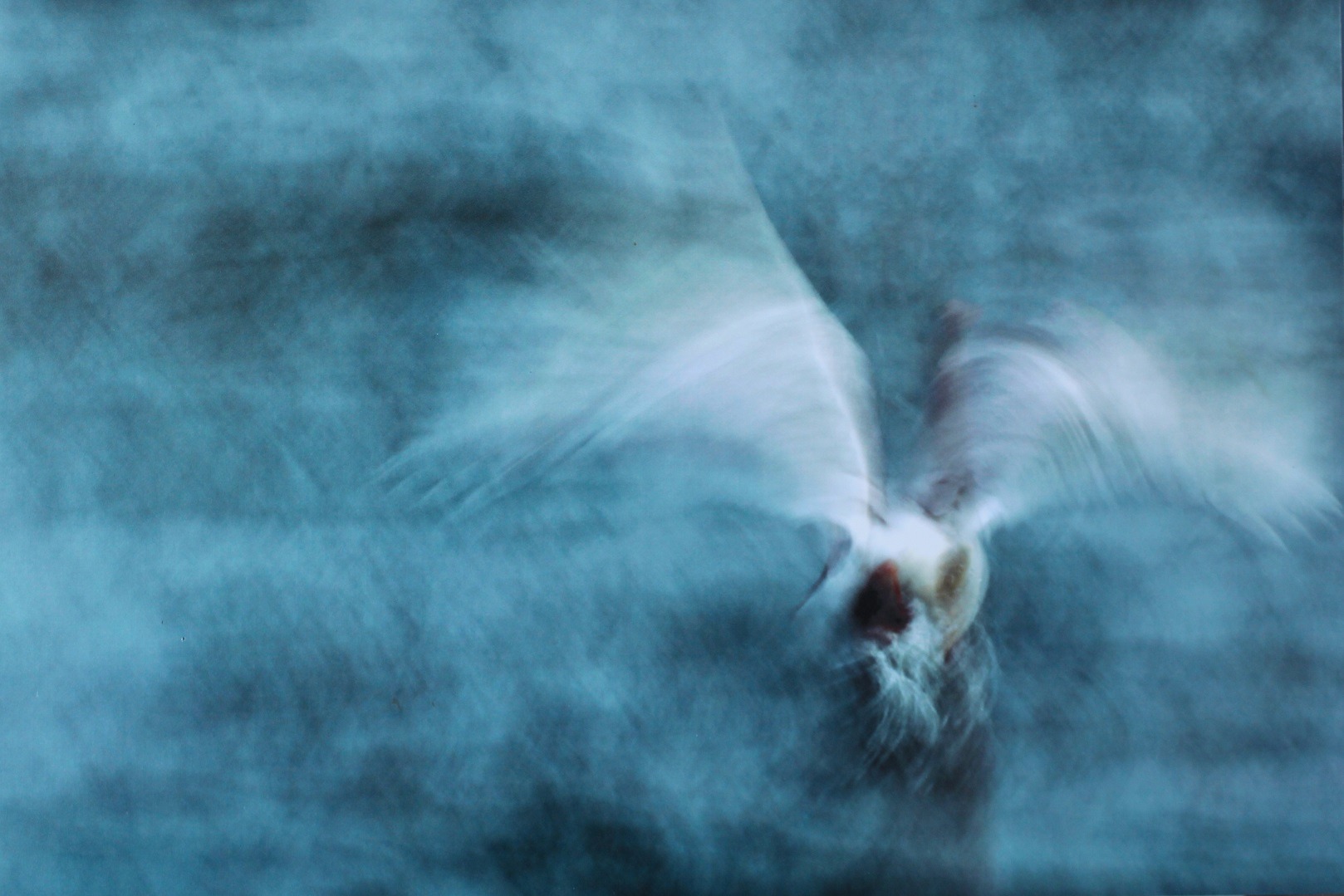 Šaina passed by the ruined church of Our Lady of Mount Carmel every day, which is located across from his studio, and the idea came by itself. We started with a business that today after 28 years, proudly presents its results and fruits.

The exhibition policy of the Alvona Gallery was to present Istrian, Croatian and foreign artists with chamber solo exhibitions, to present the works of Istrian artists in collegiate galleries abroad, to print graphic maps and to publish monographs. Alice and Vinko Šaina succeeded in all this.

The numbers show that more than 180 exhibitions were held, of which 145 (October 8, 2021) in the Alvona space, and the gallery has organise a number of significant guesting exhibitions in Croatia and abroad. In addition to a large number of catalogs, leaflets and postcards as supporting materials for current exhibitions, the Alvona Gallery signature is on one graphic map and three monographs, and its bibliography is over 500 items, many of which are signed by our most important critics and writers, as well as several internationally relevant art theorists.

What has elevated Alvona from a number of similar galleries is the selection of authors who exhibit, the promotion of Istrian art and the selection of critics who wrote texts and participated in its program. In such an environment, which can be summarized as a friendly-professional gathering, a rich and diverse activity of the gallery arose its own fine arts collection as almost every artist who exhibited left at least one of his works for the collection. Thanks to such an approach, the Alvona Gallery has started a kind of museum activity which, in addition to the collection, consists of its own editions and extensive documentation.

However, what gave Shain’s spouses the strength to persevere in this difficult and materially unprofitable work, which they had done permanently for twentyeight years in a country without an art market and adequate gallery laws, was certainly an extremely positive atmosphere around the gallery. Richly attended openings of almost all exhibitions that exuded a spontaneous and relaxed atmosphere, intense contacts and collaboration with artists, critics and gallerists, friendship and togetherness that continued and survived, unstoppably pushed the story of this small and warm gallery forward. Alvona marked her feast in the most ethically and professionally appropriate way – with a presentation of her rich holdings and the entire activity. It remains for us to valorize the entire activity of the gallery and to place Alvona in its rightful place – on the pedestal of private Croatian gallery activity, noting that enthusiasm (except for Sain) is not eternal and should finally be replaced by a regulated market and laws.